For the first time, the U.S. House of Representatives will have three Native American women.  Congresswomen Sharice Davids (D-Kan.) and Deb Haaland (D-N.M.) were both re-elected, and they will be joined by Yvette Herrell, a Republican who won in New Mexico’s Second Congressional District.

In a video following being declared the winner on the evening of Tuesday, Nov. 3, Rep. Davids, vice-chair of the Native American Caucus, noted, “It has been an incredible honor to be able to represent this community in Congress for the last two years, and I am so grateful that you all have trust in me to continue in that role.”

She went on to say, “Kansans are rightfully sick of the partisan gridlock in Washington.  They expect their leaders to work together, not retreat to their corners when times are tough.  We are faced with unprecedented challenges right now, but we have also been presented with an opportunity to rebuild our economy and our health care system in a way that actually works for all Kansans.”

Rep. Haaland, co-chair of the Native American Caucus and a member of the Subcommittee for Indigenous Peoples of the United States, said in a video, “Tonight, the people of New Mexico have chosen hope over fear, love over hate, community over division.  And, I am so honored that you have chosen me to serve in this nation’s 117th Congress.”

She added, “Two years ago, I became one of the first two Native women elected to the House of Representatives in our country’s history.  During my first term, I listened to the people of the First Congressional District, the State of New Mexico, and the nation.  I heard a call for unity as we addressed the most pressing issues of our time.  The fight to protect our Earth and climate change, the recognition that every American has a right to health care, the need to confront racial injustice, the call to provide a good education for all of our children, and the duty to help foster an economy that creates opportunity for every single American to achieve success is real, and I am listening.” 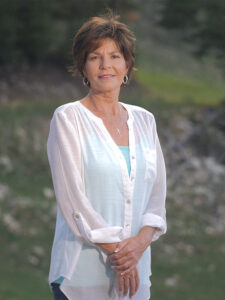 Herrell, a Cherokee Nation citizen who defeated Democratic incumbent Xochiti Torres Small, said in a statement, “It is the honor of my life to be elected to serve New Mexico’s Second Congressional District. My commitment to each citizen of our district is that I will serve each of them with integrity as we work together to rebuild our economy and protect the values that make America great. I thank God, my family, our team, and each and every New Mexican who supported me in this race and I can’t wait to get to work for our incredible district.”

Reps. Davids and Haaland and newly-elected Herrell will be joined by Native American Republican Congressmen Markwayne Mullin and Tom Cole.  Rep. Mullin, a Cherokee Nation citizen, was re-elected to his fifth term of representing Oklahoma’s Second Congressional District, and Rep. Cole, a member of the Chickasaw Nation of Oklahoma, won his 10th term of representing Oklahoma’s Fourth Congressional District.