The Wolftown Gym is being re-named in memory of a long-time employee of Cherokee Recreation and a man known as a gentle giant on the Qualla Boundary.  Tribal Council passed unanimously Res. No. 304 (2020) during an Annual Council session on Thursday, Oct. 29 which will re-name the facility in memory of Donald “Kool-Aide” Queen. 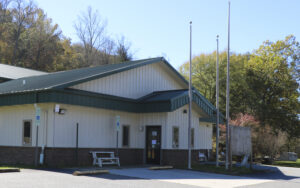 The legislation was submitted by Wolftown Reps. Bo Crowe and Chelsea Taylor Saunooke.  It reads in part, “Donald ‘Kool-Aide’ Queen was an employee of the Tribe from November 1997 to December 2016 where he dedicated most of his career to the Cherokee Life Recreation Program aka Cherokee Rec.  He was a supervisor in the program working at Painttown Gym, John Crowe Rec., and then at the Wolftown Gym where he finished his career.”

Rep. Saunooke commented, “I’ve known Kool-Aide my whole life.  My father, Marty, played with him on the fast-pitch softball field for years.”

She added, “I have very fond memories of Kool-Aide, and I think he gave a lot to the community.  He was part of the Wolftown Stickball family which says a lot.”

Rep. Crowe said, “I worked with Kool-Aide for seven years and played ball with him.  We played on the same softball team.” 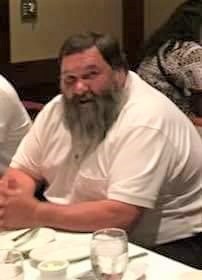 He went on to say, “He was one of the people with the biggest hearts that you’d ever see somebody have.”

Danette Queen Walkingstick, Kool-Aide’s sister, said, “He dedicated his life to Rec. no matter where it was – no matter if it was here or all the way to California.  He wanted to play ball.    That’s what he loved to do.”

She said she appreciated the re-naming of the gym in his honor.  “It really warms my heart that people thought of him and loved him as much as I did.  He was a really good man besides just being my brother.  He helped me out, as a single mom, with my kids – left everything he had to my grandkids.”

Tribal Council Chairman Adam Wachacha noted, “He was always very humble, very sports-oriented.  He loved children, and those were all the things that I really took from him – and a gentle giant…he was a very kind person, very kind-hearted and just loved to try to point people in the right direction.”