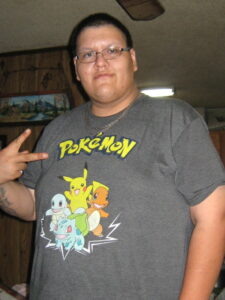 He was the son of the late Wilson Junior Thompson and surviving mother Anita Swimmer Thompson of the home. Johnny was a fun loving guy. He was a gamer and loved X-box and also did some wrestling.

Johnny will have a graveside funeral service on Monday, July 13 at 11 a.m. in the Thompson Family Cemetery off Wilson Thompson Rd. in the Birdtown Community.  Pastor James “Bo” Parris will officiate with pall bearers being T-Bear Jackson, Keonta Audrey, Booger George, Malaciah Taylor, Dean Swimmer, and other family members.