CULLOWHEE – Western Carolina University’s 2019 Mountain Heritage Awards, given in honor of achievements in historic preservation and outstanding cultural contributions in the region, will be presented at Mountain Heritage Day on Saturday, Sept. 28, on the Blue Ridge Stage at 12:30 p.m.

The awards recognize an individual and an organization for distinguished service, accomplishments, influence or expertise in maintaining the cultural viability of the mountain region, with recipients chosen by a committee comprised of community and university representatives. 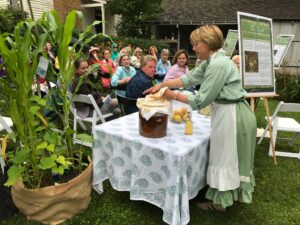 This year, Bill Crawford of Sylva is the recipient of the award for individuals while the Cashiers Historical Society receives the recognition for organizations.

Crawford, a grassroots historian of Jackson, Swain and Macon counties and local genealogist, is one of five generations of his family to have attended the institution now known as Western Carolina University, a precedent that was started by his great-grandfather enrolling in the Cullowhee Academy in 1894. It is the forebears and previous generations of Southern Appalachia “who made us what we are today,” Crawford said recently while volunteering at the Jackson County Genealogy Society office in Sylva. His own interests began with his grandparents.

“They were kin to everybody from Waynesville to Bryson City. And there were two things they talked about, especially in the wintertime: the Bible and kinfolks,” Crawford said. “I reckon that just rubbed off on me. They’d tell me stuff and I’d write it all down. I’d put down where it came from and all that.”

Crawford served as the primary consultant for “Decoration Day in the Mountains,” a book published by UNC Press in 2010 about cemetery traditions in the Appalachians. He was given the Brown-Hudson Award from the North Carolina Folklore Society in 2015.

The Cashiers Historical Society is a nonprofit established in 1996 to preserve the identity of the southern Jackson County community through recognition of its history in publications, awards and projects. It has been gifted with artifacts and properties, including the Zachary-Tolbert House in Cashiers, a circa 1850s Greek Revival-style home that serves as the society’s museum. 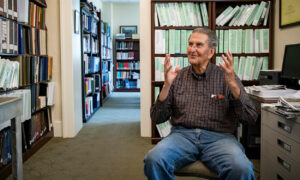 Bill Crawford of Sylva is the individual recipient of this year’s Mountain Heritage Award that will be awarded on Saturday, Sept. 28. (WCU photos)

Ann McKee Austin, current board member and a founder of Cashiers Historical Society, said it is an honor for her group to receive the award, especially considering the long association with the presenter. “We have benefitted greatly from our association with WCU over the years, working with and drawing support from the Mountain Heritage Center, Hunter Library Special Collections, the history department…  the list goes on and on. And we’ve had a wonderful year, with a big increase in activities at the Zachary-Tolbert historic house site for all ages and interests.”

The society recently published “Faces and Places of Cashiers Valley,” a book that is the culmination of a 10-year project to document historically significant structures in the Cashiers Valley and the people associated with them. The book and two museum exhibits feature oral histories and Tim Barnwell photography.

“In addition, we host a plethora of educational lectures, children’s educational events, an annual historical symposium on a variety of local topics, and many other outreach projects that highlight the importance of preserving local history in this area,” said Kyle Dreher, society executive director.

The Mountain Heritage Award was first presented in 1976, and the recipient was the late John Parris, a Jackson County native, newspaperman and author. Parris, who died in 1999, was widely regarded for his long-running “Roaming the Mountains” columns in the Asheville Citizen-Times. He helped establish WCU’s journalism studies program and championed the establishment of a center to preserve the traditions and cultures of the WNC mountains, which led to the founding of WCU’s Mountain Heritage Center. Award categories for groups and organizations were added in 2006.

Mountain Heritage Day goes on, rain or shine. Attendees are encouraged to bring lawn chairs or blankets for comfortable seating. Dogs on leashes are allowed on the grounds. For more information and updates, go to www.mountainheritageday.com.