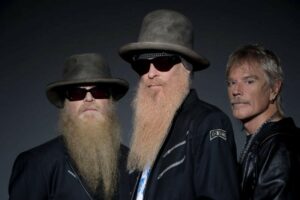 Formed in Houston, Texas in 1969, ZZ TOP lay undisputed claim to being the longest running major rock band with original personnel intact. The groups first two albums reflected their strong blues roots, while their third album, “Tres Hombres“, catapulted them to national attention with the hit “La Grange,” that is still one of the band’s signature pieces today.

ZZ TOP’s music is always instantly recognizable, eminently powerful, profoundly soulful and 100% Texas American in derivation. Selling millions of records over the course of their career, the band’s support for the blues is unwavering both as interpreters of the music and preservers of its legacy.