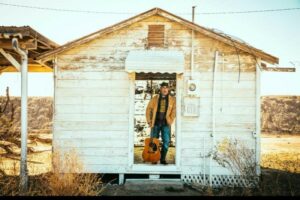 Aaron Lewis has always had a strong connection with his fans, and today, he keeps the tradition alive revealing new music and touring.  He is scheduled to play Harrah’s Cherokee Casino Resort Event Center on Friday, May 3 at 9 p.m.  Tickets go on sale Friday, Feb. 1 on http://ticketmaster.com.

Last week, Lewis kicked off his STATE I’M IN TOUR: ACOUSTIC SONGS + STORIES with sold-out shows in Dallas and San Antonio, which will run parallel with his full band live show for STATE I’M IN TOUR that spotlights his outlaw Country roots. Fans will receive a physical copy of the new album, The State I’m In, (available April 12) when they purchase a pair of tickets to this show (click “More Info” for details).

The self-proclaimed “Northern Redneck” achieved critical and commercial success with his last album SINNER earning the No. 1 spot on the Top 200 Albums, Top Country Albums and Top Digital Albums Charts upon release. The 12-track project was voted to numerous Top Albums and Best Of lists and continues to make an impact two years later.