Our congressional representative in congress, Mark Meadows (R-N.C.) was recently reprimanded by the bipartisan House Ethics Committee over how he chose to respond to allegations of sexual harassment from his female staffers. He was ordered to reimburse the U.S. Treasury more than $40,000 for pay that wasn’t proportionate to the work of his former Chief of Staff Kenny West. If there is anything the tribe should be doing in response, it’s self-reflection. 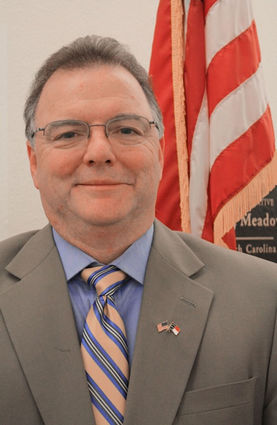 West, while chief of staff, was accused by several female staffers of inappropriate behavior including: inappropriate staring, invading personal space, commenting on clothing and appearance of female employees, touching hair, attempting to look up skirts and down blouses. These were people who likely believed in Meadows’ mission to advance a conservative political agenda. West has denied the allegations despite other staffers, male and female, observing the behavior. The ethics committee felt the accusations were credible and that Meadows, who removed West’s access to female employees and changed his position but kept paying his full pay, didn’t do enough to address them.

Not doing enough (or anything) is a pervasive problem, and it’s one all employers everywhere need to address and address it seriously. That’s not easy considering this problem goes all the way to the top, all the way to the White House. When you have audio of a presidential candidate bragging of being able to get away with sexual assault and still get elected, then we have a problem society wide. That recording, which can be seen and heard uncensored at https://www.youtube.com/watch?v=K2xGvXugrpM, was dismissed as “locker room talk.”

Every employer, everywhere at all levels, needs to take this issue seriously. It’s time for self-reflection. It’s time to ask, is this going on here, and are we doing enough? And that includes the tribe. There’s still a good-old-boy network in power, the one that gave an accused-rapist a pass and confirmed him to the Supreme Court, one that gave a serial harasser a clear path to the Oval Office. That network not only engages in this kind of behavior, it excuses it; it ignores it; it downplays it, and it protects those accused of it, which often involves victim blaming and shaming. Meadows downplayed it, and he protected the accused in this case. He sent the message that his female employees weren’t valued on the same level as his male employees and male chief of staff.

The Tribe has a policy against harassment and workplace violence in its personnel policy, which includes sexual harassment. It states, “Harassment is a form of misconduct that undermines the integrity of the employment relationship. All employees have the right to work in an environment free from all forms of discrimination and conduct which can be considered harassing, coercive, or disruptive, including sexual harassment.” It not only encourages victims to come forward but calls upon those who witness it to report it. It defines sexual harassment to be unwelcome sexual advances, requests for sexual favors and other conduct of a sexual nature, which can include leering, unwanted touching, or any kind of communication or display of a sexual nature that can create a hostile work environment.

While it’s clear that the Tribe’s Division of Human Resources takes this issue seriously, how well is it enforced? How equally does management treat employees? Scuttlebutt circulates that misogyny, which accompanies this, is rampant. How often does sexual harassment get reported? How is it dealt with? And what does the tribe’s elected leadership do when it’s confronted with it? As much as we like to talk about our traditions as a matriarchal society, are we? Or are we just going to mirror those who colonized us, who stole our children through assimilation policies, who continue to sweep missing and murdered native women and girls under the rug. How well our leadership responds to this issue when it confronts them, if it hasn’t already, will determine that.

Despite an overwhelming amount of influence that will try to convince us otherwise, males and females are equal. They deserve to be treated equally, and this is a problem that should be treated seriously. As the father of a daughter, I demand it. I don’t want her to experience the kind of slime that too many female tribal employees and Meadows’ employees have experienced. They all deserve better, and those of us who are males in the workforce and tribal leadership need to be better than this. So tribal government, the next time you’re confronted with this issue, follow a better example than Meadows has set.