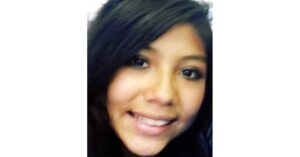 According to deputies, Andrea Wildcatt, 14, arrived at their juvenile detention center Oct. 26. Authorities say she ran away. She was last seen wearing a black tank top with gray and black sweatpants, red shoes, and a red headband.

Andrea is enrolled with the Eastern Band of Cherokee Indians. Deputies say she has a dark complexion, is about 5’4” in height. She has brown hair, brown eyes and weighs about 130 pounds.