Teen lost in Park reunited with family after 11 days 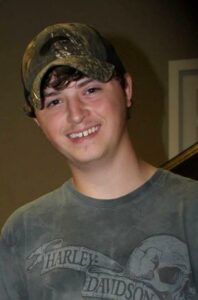 After spending 11 nights lost in the backcountry of the Great Smoky Mountains National Park, Austin Bohanan, walked out of the woods along Panther Creek and flagged down a passing boat for help on Wednesday, Aug. 23 at approximately 2:30pm. He was quickly reunited with his family who has gathered daily near the site since his disappearance. Bohanan was uninjured, but was transported by Rural Metro to Blount Memorial Hospital for assessment where he was later released a few hours later.

Park Rangers received some initial details as reported to them from Bohanan about his 11-day experience. He told Rangers that after becoming separated from his step-father in the Shop Creek area, he climbed to the top of the ridge to try to make a cell phone call to his mother for help. After a few failed attempts, he attempted to follow a creek out of the woods. He believes that he followed Tabcat and Panther Creeks, both upstream and downstream, for days within the 6,700-acre search area as he tried to make his way back towards Highway 129. He was challenged by dense vegetation in the drainages and blowdowns.

“From day one, we treated the search for Austin as an emergency and appreciate the resources from across the region that came to our aid to help us actively and aggressively search through extremely tough terrain,” said Park Chief Ranger Steve Kloster. “We faced multiple challenges, including a moving target in dense conditions, but our search teams never gave up hope.”

Over 100 searchers from multiple agencies aggressively searched for Bohanan using ground crews, air operations, canine units, and boat operators. The teams navigated extremely steep slopes and drainages in the search area. At one point, Bohanan heard a search helicopter and tried to climb to a high point where he could be seen. While Bohanan appears to have remained within the search area, he was constantly moving and left little sign behind in the dense foliage.