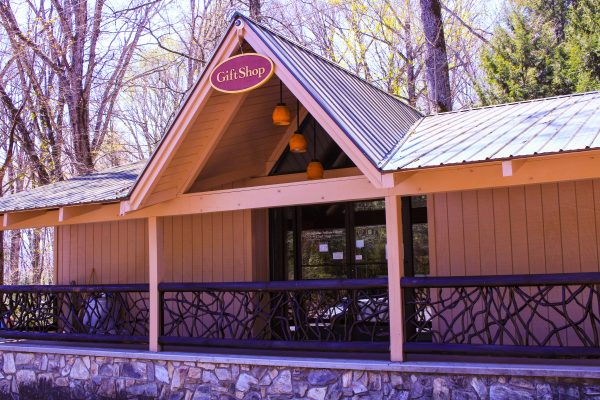 FIRST IMPRESSION: Gone is dark paint on the front side of the Oconaluftee Indian Village Gift Shop that faces the parking lot and serves as a welcoming face for the business. In its place is a light-colored paint with dark railings for contrast. (SCOTT MCKIE B.P./One Feather photos)

The Oconaluftee Indian Village opened in August 1952, two years after the Cherokee Historical Association (CHA) board of trustees approved the idea of opening the 18th-century style village attraction.  Now, 65 years later, the Village is set to open for the season on Tuesday, April 18, but this time with some new renovations to the existing structures.

“For a couple of years, we’ve been trying to upgrade where we can, but CHA (Cherokee HIstorical Association) has never really had a massive amount of funds where we could do a full, complete renovation,” related Laura Blythe, Oconaluftee Indian Village director, who added that most grants won’t allow for capital improvements.

Following a meeting between John Tissue, CHA executive director, and Principal Chief Patrick Lambert, several tribal leaders toured the Village and recommended some improvements.  Blythe noted, “They said, ‘we can help you guys.  We would like to get this place up to a nice standard, get all of the facilities up to par.’” 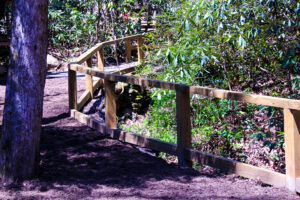 RAILING ABOUT IT: New, treated wood railings replace old, rotten locust railings throughout the Village. Some of the railings have been removed in places to further open up the area.

So, EBCI Facilities Management was given the task, and workers started in November.  “They worked all through the winter putting in entirely all-new handrails because we had old, locust handrails that were rotting and falling apart,” commented Blythe.  “They’ve put in new, treated wood rails all the way throughout.  They’ve built new fireplaces, extra seating on our square grounds.”

Some of the other projects completed include: painting all of the top-of-house structures, re-roofing and remodeling bathrooms at front entrance, re-roofing costume shop and many other structures on site, and adding new flooring in offices.

One project that was completed will serve to open the area up some says Blythe.  “They’ve actually taken some of the railing out.  In discussions, we talked about taking some of the railing out, and now the Village is more open.  With rails on both sides before, it felt like you were herding cattle, and now with the open areas, it feels bigger.” 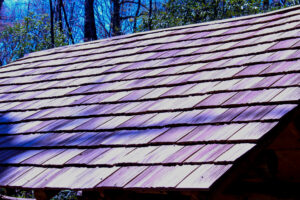 NEW TOP: Many buildings throughout the Village received a new roof of wooden shingles.

The Facilities crews will soon come back and re-pave the parking lot which is the last project to complete and only isn’t finished due to recent temperature issues.  “Everything that they were working on inside the Village is now completed as of early last week,” Blythe stated.

She said the renovations have met with great praise from the employees at the Village.  “Anybody who worked here last year, and the employees who have been here for 20 years, have all been saying, ‘wow, it looks so good’.”

Blythe said all of the renovations help to improve the first impressions guests get when visiting the Village.  “We’ve had a huge problem with people pulling in here and not knowing that this was here due to the darkness of the buildings previously.  It was so dark, and now I think, with the lighter paint, it makes it a little more inviting.”

This year, the Village will employ 55 people.  “It’s a great place,” Blythe exclaimed.  “We have great workers that come back year after year after year.”

For more information on visiting the Oconaluftee Indian Village and to see daily hours on the Village which is open Monday – Saturday from April 18 – Nov. 11, visit the Cherokee Historical Association online at http://www.cherokeehistorical.org/. 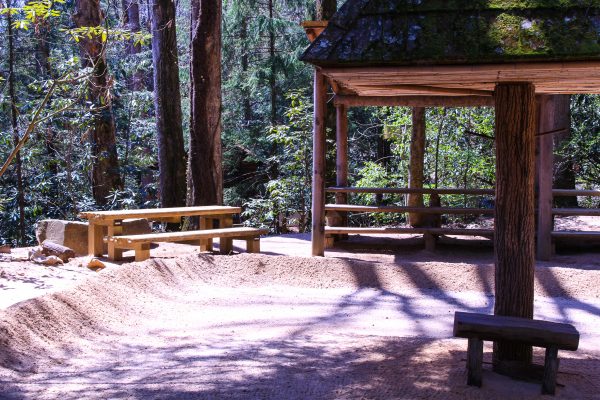 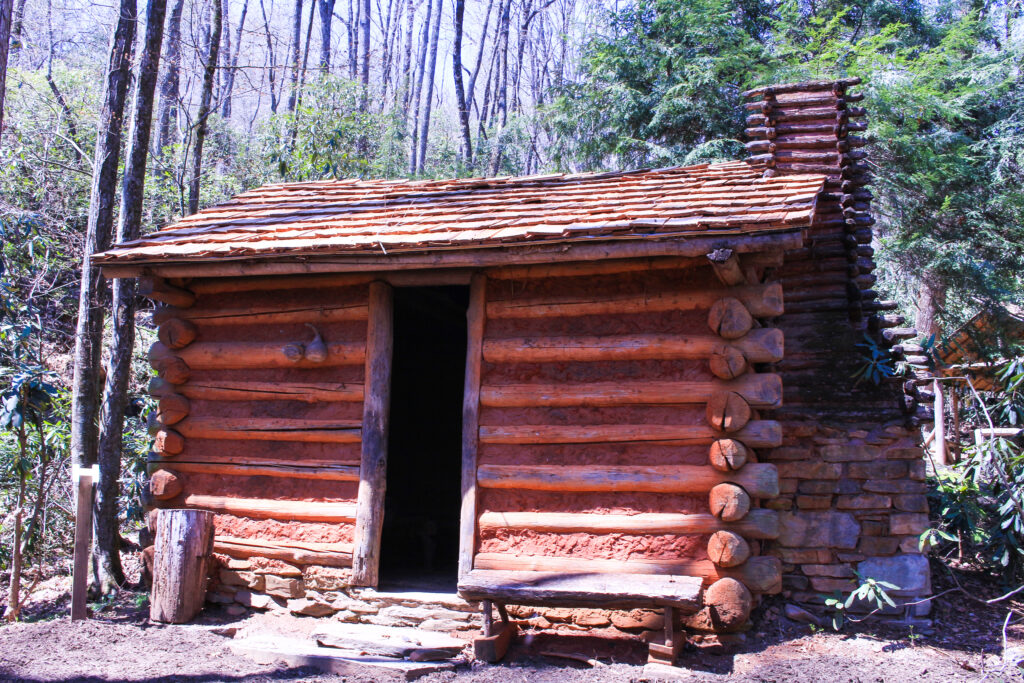