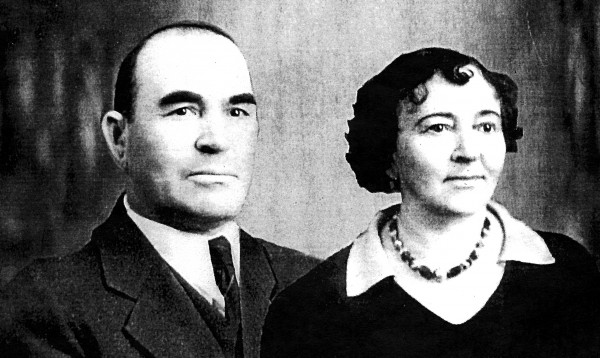 Theodore “Ted” Owl Reed is shown with his wife Jean in an undated photo. (Photo contributed)

In the early 1900s, Theodore “Ted” Owl Reed, an EBCI tribal member, left his home in North Carolina to begin a life-long search for higher education in the service of Native Americans.  He attended Hampton Institute, now known as Hampton University, in Hampton, Va.

From 1905-08, he attended Carlisle Indian School and Dickinson College in Carlisle, Penn. where he was recorded as one of Carlisle’s “Fabulous Red Men”.  He played in the backfield in football on Pop Warner’s famous Carlisle Indian team with Jim Thorpe, Albert Exidine (former Oklahoma A&M coach) and Grover Long, of Pawnee.  He also attended other universities and primarily studied law.

During World War I, he served as a lieutenant in the U.S. Army.

After his service, he was offered and refused a job with Hershey instead choosing to serve with the Department of the Interior.  Initially, he was assigned to serve several Sioux tribes in South Dakota and then to the Sauk and Fox in Oklahoma where he met his wife, Jean.  Together, their service included work with the Apaches, Utes, Paiutes, and Navajo.  In 1924, he transferred to the Pawnee in Oklahoma.

Theodore’s last years with the Department were spent in Okmulgee and Tahlequah, Okla. where he was the educational field agent for the Five Civilized Tribes.  He retired from the Indian Service in 1946 in Tahlequah.

At a conference at the Aquinas Institute in St. Louis in 1992 to commemorate 500 years since Columbus came to America, Comanche leader Evelyn Voelker, American Indian Center of Mid-America director, said of Reed, “He was a real pioneer.  He did more for the education of the American Indian than any man living, before or since.”