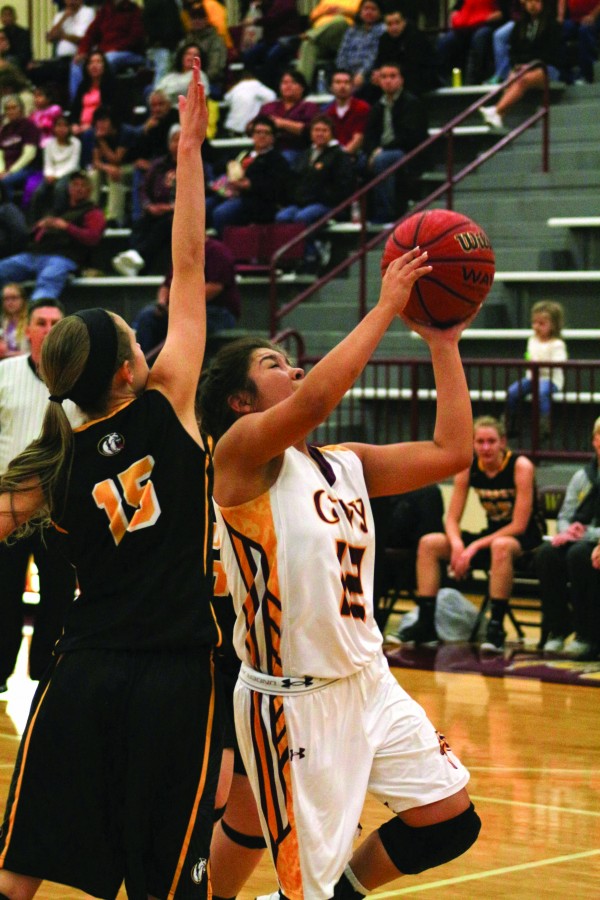 The Lady Braves also got some big play from two freshmen guards, Tori Teesateskie and Carla Wolfe, who had 15 points apiece.  Teesateskie caught fire early and hit three shots, including one three-pointer, in the first 80 seconds of the game to help give Cherokee an 8-0 lead.

“Offensively, I think we’ve been about as unselfish as we’ve been all year long,” said Chris Mintz, Lady Braves head coach.  ”We made some very good passes and put a lot of pressure on them offensively and scored a lot of points.”

“Defensively, we weren’t that good tonight,” added Coach Mintz.  “We gave them a lot of second-chance points, and our rebounding was just terrible tonight.  We’re going to get better at rebounding.  We’re short anyways so it’s something that we’re going to have to focus on all year long.  We just have to keep getting better at it.”

After the early lead, Cherokee extended it to 14-4 at the 5:08 mark of the first period.  After weathering the initial storm, Murphy settled in some and began to hit some shots and were within four (23-19) with a minute left in the period.  Stamper hit a three-pointer followed by a short jump shot in the final minute and Murphy made two late baskets as the Lady Braves led 28-23 after the first. 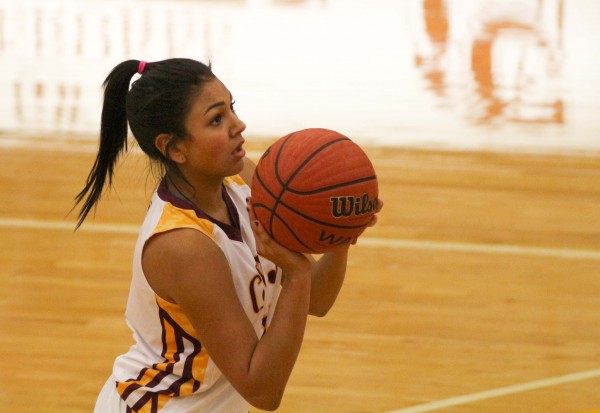 Carla Wolfe, Lady Braves freshman guard, lines up for a shot in the second period. She ended the night with 15 points.

The Lady Bulldogs came out gunning at the start of the third period and popped in five quick points to make it 50-45.  From that point though, Cherokee settled back in and began to put pressure up the court and went on a 16-6 run in the next few minutes to lead 66-51 with two minutes left in the third.  The Lady Braves kept plugging and led by 17 (70-53) going into the fourth period.

To view or purchase photos from this game, visit: https://onefeather.smugmug.com/SPORTS/BASKETBALL/LADY-BRAVES-BASKETBALL-201516/Vs-Murphy-December-18/i-DLR8Zn8