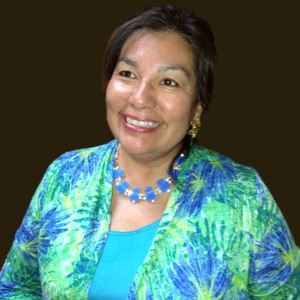 In a national search, the Native Arts and Cultures Foundation has selected Francene Blythe, an EBCI tribal member, to succeed as director of programs. (NACF photo)

VANCOUVER, Wash. – In a national search, the Native Arts and Cultures Foundation has selected Francene Blythe, an EBCI tribal member, to succeed as director of programs. Blythe resumes the position from predecessor Reuben Roqueni (Yaqui/Mexican), who helped develop programs in the foundation’s start-up years.

Blythe comes from a career in Washington, D.C., where she first developed and produced creative cultural arts programming at the Smithsonian Institute’s National Museum of the American Indian public programs department working with Native peoples throughout the Western Hemisphere, including the First Americans Festival, which celebrated the opening of the museum. She then strategically directed the growth and expansion of the All Roads Film Project at the National Geographic Society where she built an award-winning portfolio of grant awards supporting Native and Indigenous filmmakers and photographers worldwide.

Her early career began working with Native communities throughout the Midwest in theater, school workshop presentations entitled, “Unlearning Indian Stereotypes,” and presenting her master thesis in a Native American play entitled, “Evening at the Warbonnet” by playwright Bruce King (Oneida).

“We are pleased to bring on the talented Francene Blythe to lead our Programs department,” said NACF President/CEO T. Lulani Arquette (Native Hawaiian). “Francene is a wonderful addition to our team and she will be instrumental in continuing existing work and also presenting new initiatives we’ve been working on to benefit individual artists, organizations and Native Nations.”

Blythe is Navajo from her mother, and Sisseton-Wahpeton and Eastern Band Cherokee from her father.