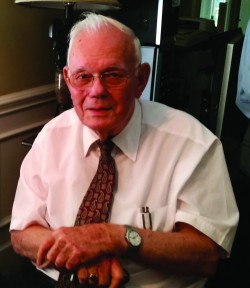 Reverend Payne was born Nettleton, Mich., a son of the late Reverend Ewell and Vera Minga Payne. He was a graduate of Mars Hill College and attended Southeastern Theological Seminary. One of the highlights of his life was serving the Cherokee Indians from 1947-57 where he built many churches across the Reservation.

He was a member of Faith Lutheran Chapel, Pickens and also Keowee Lodge #79.  He was formerly a pastor of Crescent Hill Baptist in Pickens and also served as a photographer of The South Carolina Baptist Convention.

A funeral service was held on Friday, March 20 at Dillard Funeral Home.

A message of condolence may be expressed to the family by visiting www.DillardFuneral.com

Memorials may be made to the Youth at Faith Lutheran Chapel, 729 West Main Street, Pickens, SC 29671.