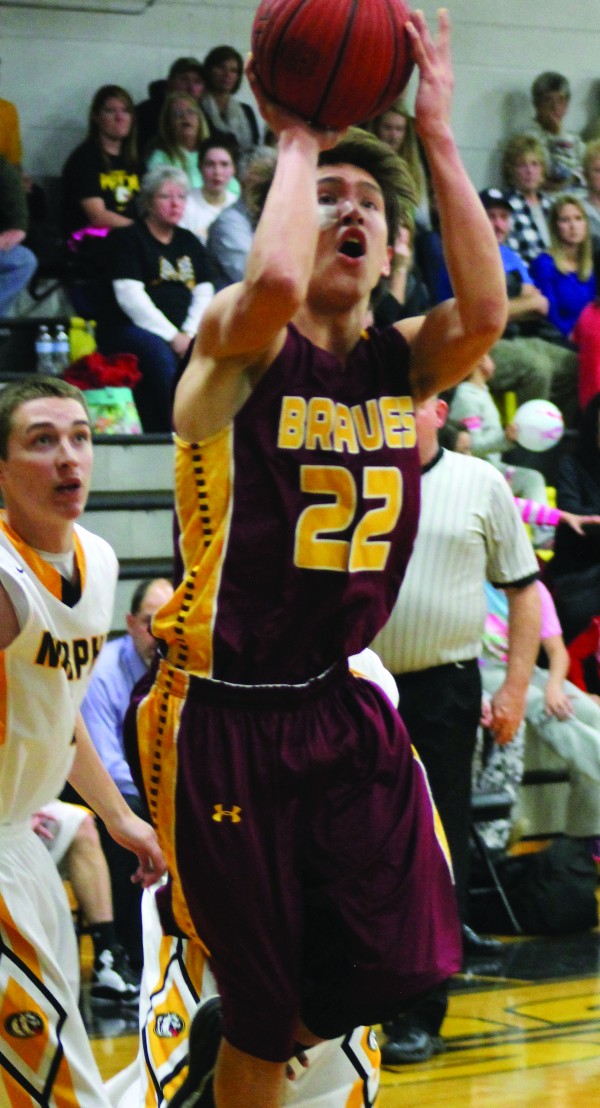 Dustin Johnson (#22), Braves senior point guard, goes for a shot in the first half of Tuesday’s game at Murphy. On the night, he scored 11 points and scored his 1,000th career point. (SCOTT MCKIE B.P./One Feather photos)

MURPHY – Dustin Johnson, Braves senior point guard, scored his 1,000th career point during a game at Murphy on Tuesday, Jan. 6.  Johnson, who scored 11 points in the game, helped lead the Braves to a 76-35 win as Cherokee remained undefeated and pulled to 12-0 on the year.

Due to a large lead in the second half, Cherokee was able to get a lot of bench play in this game; something Braves head coach Willis Tullos was very happy about.  “The subs played great, and that’s what a game like this is about; giving them an opportunity to get in and play and them taking that opportunity to get in and do what they do in practice, and that’s what they did.”

The game started oddly with a technical foul being called against Cherokee before the opening tip-off.  No explanation was given, but Murphy actually took an early 2-0 lead following the free throws made before any time was even run off of the clock.

The Braves didn’t let it phase them though and they played hard and led 14-10 after the first period. 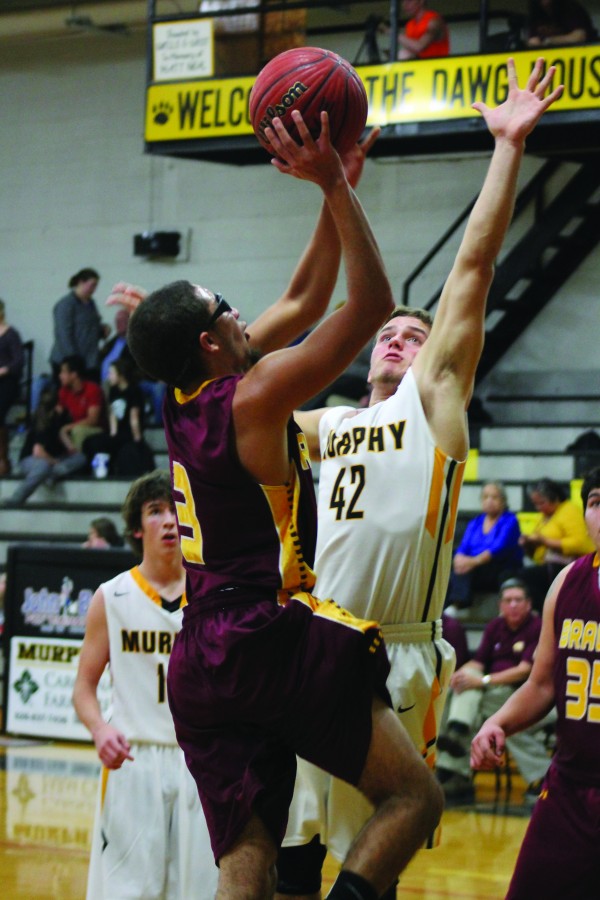 The second period started slowly for both teams, and it was almost two minutes before the first bucket was made as J.J. Benjamin, Braves senior forward, broke the ice. Cherokee’s defense literally swarmed Murphy in the second period – at one point, the Braves had three steals in a row.

“We play defense,” said Coach Tullos.  “That’s what we pride ourselves on.  Our offense is predicated by our defense.  They did a good job of getting in the passing lanes and cutting the passing lanes off, and when you do that you’re going to get steals.”

Cherokee shut down Murphy and took a 38-15 lead into the locker room.

The Braves came out of the locker room and blasted the Bulldogs 13-2 for the first half of the third period.  The next four minutes evened out, and Cherokee led 67-29 after three periods.

Cherokee’s Simon Montelongo hit a three-pointer to start the fourth period which gave the Braves a 40-point lead and caused the clock to be run for the remainder of the game due to NCHSSA’s mercy rule.  Cherokee ended the game on top 76-35.

To view or purchase photos from this game, visit http://onefeather.smugmug.com/SPORTS/BASKETBALL/BRAVES-BASKETBALL-201415/At-Murphy-January-6/