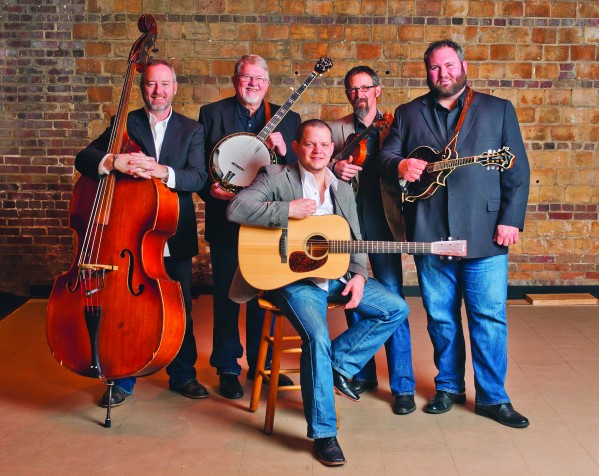 It’s chilly outside, but an award-winning bluegrass group is coming to Cherokee and should get your feet stomping and your hands clapping.  Balsam Range, based out of Haywood County, is set to play the Cherokee Lights & Legends Christmas event at the Cherokee Indian Fairgrounds on Saturday, Dec. 13 at 8pm.

The group recently was named Entertainer of the Year and Vocal Group of the Year at the 2014 International Bluegrass Music Awards (IBMA).  Bass player Tim Surrett received a Mentor Award at this year’s IBMA show for his work with young artists and Buddy Melton, who plays fiddle and sings, was named IBMA Vocalist of the Year.

Other members of the group include:  Marc Pruett, banjo; Caleb Smith, seated guitar and vocals; and Darren Nicholson, Mandolin and vocals.  Pruett is a Grammy-winning banjo player and was given an honorary Doctorate from Western Carolina University in 2010 for his contributions to bluegrass music.

Surrett said the group is excited about coming to Cherokee.  “We always enjoy coming out there.  It’s always quality venues, and we always enjoy playing there.”

The group does around 150 shows annually and has had a particularly busy year playing shows from Colorado to eastern Canada which Surrett called “one of our best trips this year”.

“This year,” he said, “we’ve been all over the country.  We’ve spent a good bit of time this year in the northeast.”

In amidst their hectic touring schedule, the band managed to complete a new album entitled “Five” which debuted on the Billboard bluegrass chart at #4.  Their previous album, “Papertown”, is about their hometown of Canton, and was named the 2013 IBMA Album of the Year.

The group, started in 2007, came together out of a love of bluegrass music and a love of playing.  “We had a little jam one night, and it just popped immediately,” said Surrett.  “We said, ‘this feels good’, so three to four weeks later, we did it again and it felt great again.”

The rest is bluegrass history.

Admission to the Cherokee Lights and Legends Christmas event is as follows:  Adults 13 years and older $5, children ages 6-12 $3 and children 5 and under are free.  The cost of admission includes the light show and nightly entertainment.