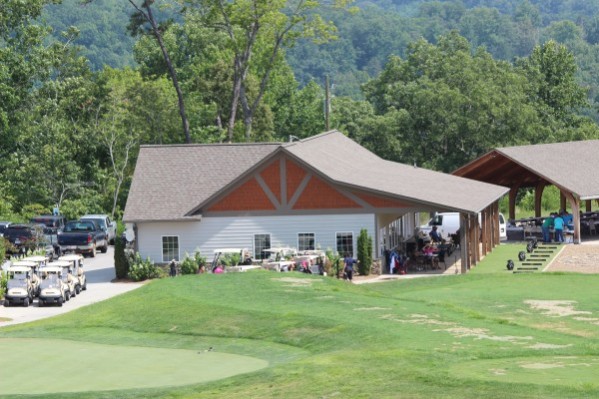 Class-A PGA member, Kenny Cashwell, is the new general manager.  He is a former member of the management team who previously helped turn around the conditions at The Ridges Golf Club in Hayesville.

Brannon Burnes has also stepped onboard as the new superintendent.  EBCI tribal member Wayne Carr Crowe will continue his duties as the head golf professional at the course.  The new management team has retained all employees who elected to stay.

“We see this as a great opportunity to make a great step forward,” said Crowe.  “Morale seems to be really positive with the staff that we did retain.  Everything is looking great moving forward for 2015 and beyond.  I’m pleased with the progress that has taken place so far, and I feel comfortable in where we’re going.”

Sequoia Golf plans to improve the overall conditions of the course through a variety of projects scheduled over the upcoming months.  Major projects are already in place such as rebuilding cart paths, several irrigation issues, and over-seeding the golf course from the first tee box to the eighteenth green.

“The main goal for this season is to continue with good course conditions, which we’re establishing now with the over-seed,” said Cashwell.  “We also plan to build relationships with the community.  We’ve reached out to several hotels in the area, many of whom have not been contacted.  We will have a marketing campaign for the 25,000 members with Sequoia Golf who are from the Atlanta area.  We plan to market to those folks and hope to get them up here, especially if they are unfamiliar with the area.”

“We’re hoping the community will see a better bottom line.  In addition to the tremendous asset the golf course can be to the community, it also needs to be something that is not perceived as a financial burden.  It is our goal to help alleviate that perception.”

ClubCorp, a publicly-traded company (NYSE: MYCC) is a leading owner-operator of private golf and country clubs, as well as business, sports, and alumni clubs in North America. Since 2007, ClubCorp has spent more than $400 million reinvesting in many of its clubs to make them more relevant in their communities and better fit the changing needs of today’s private club members.