Noted Native American scholar and author Robert J. Conley, the Sequoyah Distinguished Professor of Cherokee Studies at Western Carolina University, died Sunday, Feb. 16, 2014. He was honored at a Memorial Service at the Museum of the Cherokee Indian on Saturday, March 1. (WCU photo)

Robert J. Conley is often described as a noted Cherokee author, but a more accurate portrayal would be prolific Cherokee author.  The Cherokee Nation citizen, author of more than 80 books, passed away last month and was honored and remembered at a Memorial Service on Saturday, March 1 at the Museum of the Cherokee Indian Ken Blankenship Education Wing.

“Thank you to everyone who came today,” said his widow, Evelyn Conley.  “We are here to celebrate a life.  Robert was a complex individual at times.  Robert liked to act.  He was an actor at heart.”

Robert Conley was born in Cushing, Okla. on Dec. 29, 1940, the son of the late Robert and Peggy Jackson Conley.   He was educated at Midwestern University where he received his bachelor’s degree in drama in 1966 and his master’s degree in English in 1968.

“Robert was a man that was much respected and loved,” said Bo Taylor, Museum of the Cherokee Indian executive director.  “I am just amazed at what a prolific writer he was.  I didn’t get to spend as much time with him as some of you did, but every time I pick up one of his books I’ll get to know him a little better.”

His writing garnered him many awards over the years including being the 2014 recipient of the Owen Wister Award from the Western Writers of America and being inducted into the Oklahoma Professional Writers Hall of Fame in 1996. 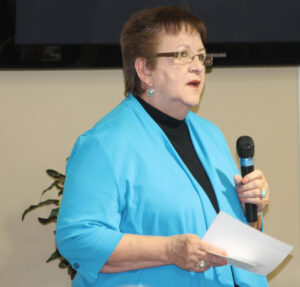 Robert Conley was the Sequoyah Distinguished Professor of Cherokee Studies at Western Carolina University at the time of his death.  Dr. Richard Starnes, dean of the WCU College of Arts and Sciences, was the chair of the committee to select the Sequoyah Professor in the spring of 2008.

“Today, we honor a man who was a lot of things to a lot of people,” said Dr. Starnes.  “Robert’s touch as wide and deep…in Robert, we found a man of wisdom, integrity and courage.”

Dr. Jane Eastman, WCU director of Cherokee studies, said Robert Conley will be “greatly missed” in the halls and classrooms of the university.  She read several anonymous student statements including one who commented, “I have never learned so much from anyone…ever.”

Dr. Eastman added, “He was an extraordinary man who cast a huge shadow.”

Tom Belt, WCU Cherokee Language Program coordinator, spoke of his nearly 40-year friendship with Robert Conley.  “During our journey, we did a lot of walking.  We walked in search of things.”

Belt related they would often discuss history, culture, language and traditions and were always in search of the why…why did things happen?

“He was a colleague.  He was a comrade.  He was my friend.  I think Evelyn for sharing him with all of us.”

Former Principal Chief Joyce Dugan, representing Principal Chief Michell Hicks and the EBCI as a whole, said, “On behalf of the Eastern Band of Cherokee Indians, we offer our condolences.  Robert provided the world an intimate portrayal of our culture, traditions and history.  Evelyn, we share your sorrow.”

Merrit Youngdeer Jr., the grandson of former Principal Chief Robert Youngdeer, read a statement from his grandfather who thanked Robert Conley for helping him with his own autobiography.

To make a gift in honor and memory of Robert Conley: