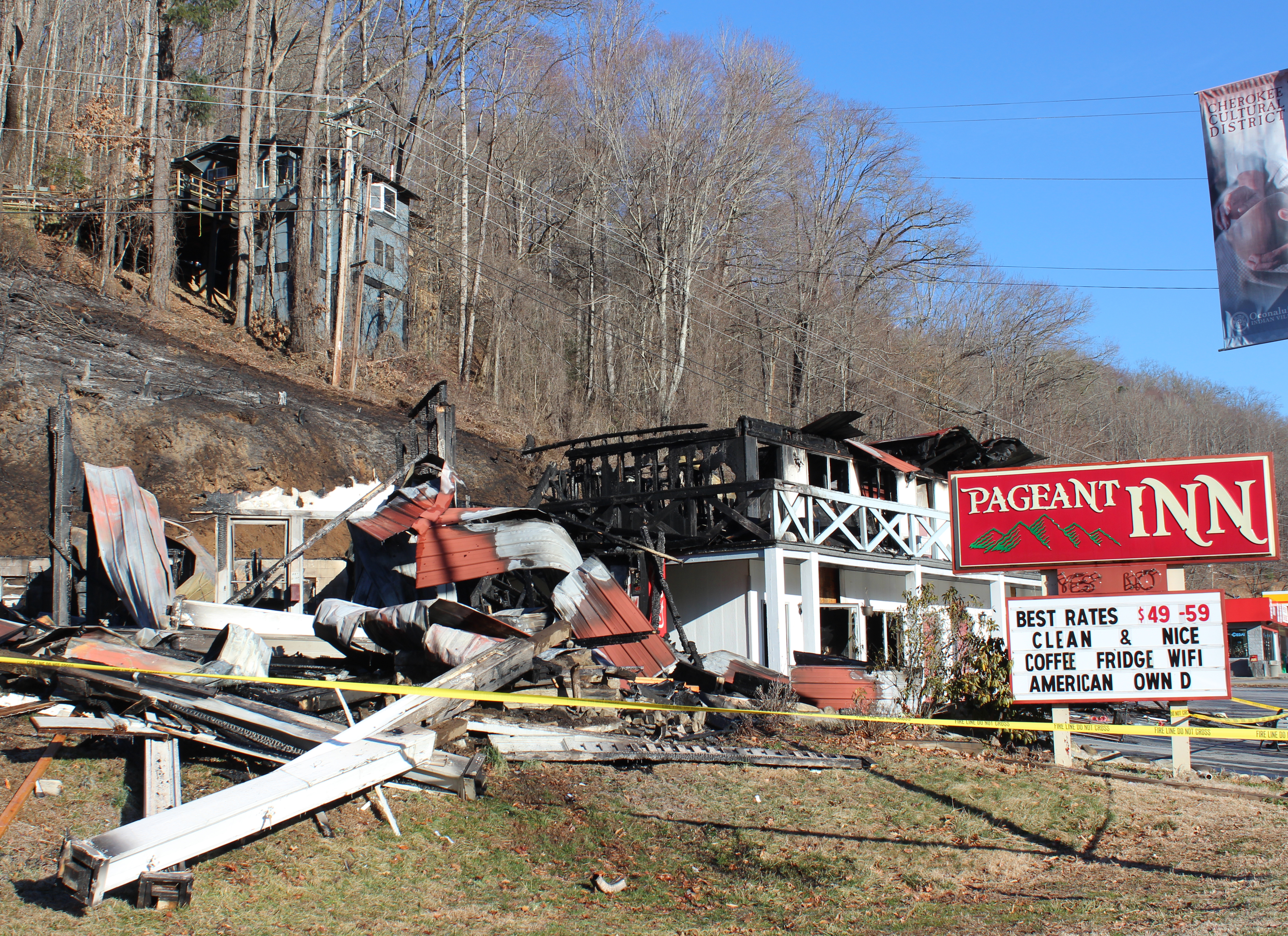 The Pageant Inn was badly damaged in a fire on the night of Thursday, Feb. 27 as shown in this photo taken the morning after. (AMBLE SMOKER/One Feather)

Eastern Band of Cherokee Indians – Public Safety Dispatch received a call at 8:13pm on Thursday, Feb. 27 in reference to the Pageant Inn, located at 739 Tsali Blvd, on the Cherokee Indian Reservation. The initial report was smoke coming from the rear of the motel.

The Cherokee Fire & Rescue Department responded to a report of a structure fire at the Tsali Blvd location. Chief Fireman Curtis Arneach said when he got to the site, the office, a two story structure with living quarters, was fully engulfed. The fire department was able to contain the area and save several rooms to the motel. 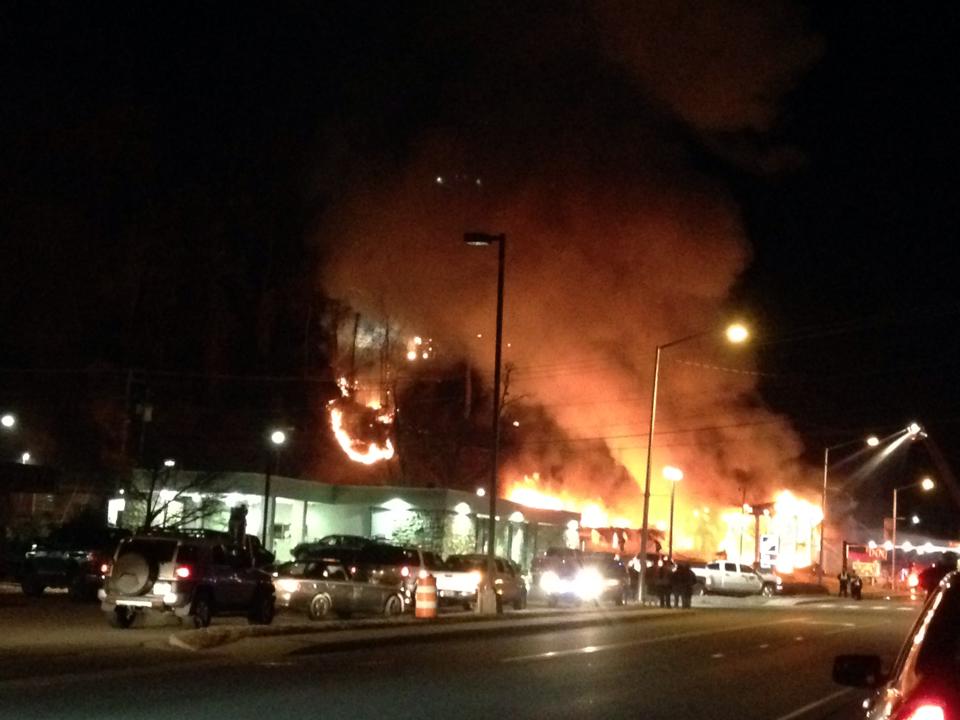 The Pageant Motel is shown burning on the night of Thursday, Feb. 27 in this cell phone shot by Gwynneth Bird.

A mutual aid request was made to Swain and Jackson counties for assistance. The BIA Forestry was also contacted due to the fire spreading in a forest area between a residence and the motel.

The motel was closed for the season and had no patrons in it.

The residents of the reporting party’s home were evacuated from their home but the fire in the wooded area between the motel and home was quickly extinguished by BIA Forestry personnel. There was no damage to the home and there were no reported injuries from the fire site.

The Cherokee Fire & Rescue Department was still on scene on the morning of Friday, Feb. 28 sifting through the remnants of the Pageant Inn. According to Battalion Chief Steve Smith, the motel office area has the most damage, but all 42 rooms have smoke and residual spread throughout.

Arneach said he has contacted the North Carolina State Bureau of Investigation to assist with the cause of the fire. Other updates will be reported as they come in.