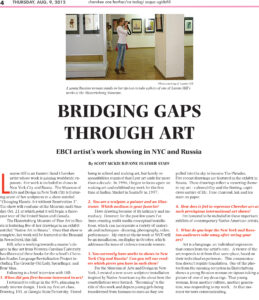 The North Carolina Press Association held its annual awards ceremony on Thursday, March 21, and the Cherokee One Feather will have five new plaques to hang up.  Reporter Scott McKie Brings Plenty won four awards in the 2012 News, Editorial, and Photojournalism Contest and one award in the 2012 Best Ad Contest.

He won in Division A in the following categories:

“I’d like to thank Scott for his significant contributions to the continued success of the One Feather,” said One Feather editor Jean Jones.  “Producing a weekly newspaper is extremely ambitious and takes a lot of effort and dedication on his part.  His insistence on professional quality at each stage has produced an award-winning newspaper that the Eastern Band of Cherokees can be proud of.  Well done!”