Tagan Crowe, a rising junior at Cherokee High School and EBCI tribal member, has been named an All-American Scholar by the United State Achievement Academy.  To qualify, students must have a 3.3 or higher grade point average and be nominated for the award.

“It was a big honor for me to be named to the All-American Scholars,” he said of receiving the award.  “I think there are only a few thousand in the state of North Carolina.” 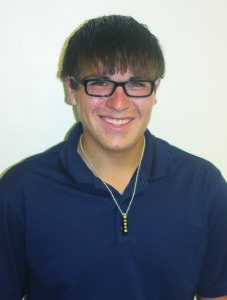 Crowe is not only an outstanding student, he is also a talented artist.  For the second year in a row a painting of his won first place in the 11th Congressional District at the Congressional Art Show.  His work was displayed in the Congressional Hall in Washington, DC.

At Cherokee High School, he is a member of the Varsity Golf team, the BETA Club and the National Honor Society.

His future plans include entering the pre-med program at UNC – Chapel Hill, attending medical school and becoming a plastic surgeon.  “It’s been forever that I’ve thought about this…it’s all I’ve wanted to do since I was young.”

Dr. Geroge Stevens, United State Achievement Academy founder, said in a statement, “Recognizing and support our youth is more important than ever before in America’s history.  Certainly, students recognized as All-American Scholars should be congratulated and appreciated for their dedication to excellence and achievement.”