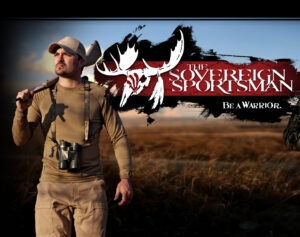 “This is an unbelievable accomplishment!” Parker said. “It is almost unheard of for an outdoor show to win such a prestigious award. One of our goals is to promote initiatives in Indian Country and winning an Emmy Award will help us reach that goal in the coming years.”

Principal Chief Michell Hicks said, “The Sovereign Sportsman TV series is known for showcasing the lives of wounded US soldiers, Native American Indians, and Humanitarian Initiatives Around the World. This award is well deserved and our tribe is proud of Forrest’s accomplishments on the Sovereign Sportsman and for the work he does for our tribe.”

Sovereign Media Group (SMG), established in 2010, provides a full suite of print, video, sound, and pre / post production services to the television and minor motion picture industry. The Sovereign Sportsman TV show can be seen on The Pursuit Channel (Direct TV channel 608 and Dish Network Channel 240) beginning again in April on Sunday’s at 10:30 EST. Information and past episodes can also be found at: