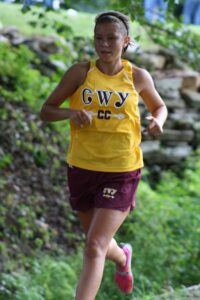 Kendall Toineeta, freshman, led the way for the Lady Braves at the Swain meet with a second place finish and overall time of 22:01.  She was bested only by Nancy Ford, a senior at Smoky Mountain with a time of 21:27.

Avery Mintz, sophomore, and Shayna Ledford, senior, placed fifth and sixth respectively with times of 23:44 and 23:50. 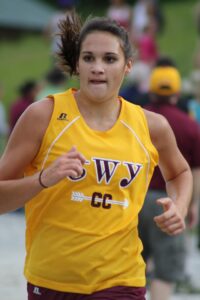 The Cherokee Boys Cross Country team did not have enough to compete in the team competition at either meet, but they did field several runners.  Levi Swearengin, sophomore, took 39th place at the meet held at Swain High School with a time of 22:17.  Dylan Johnson, junior from Hayesville, took first place at that meet with a time of 17:44.

The other Braves runner at the meet was E.J. Carroll, sophomore, who took 52nd place with a time of 23:24.

The Cherokee Middle School teams also did not have enough to compete in the team competition at either meet, but several runners did place.

The CMS Braves took fourth place overall at the WCU meet with a team score of 86.  Canton Middle won the meet with a score of 17 followed by Macon Middle 59 and Asheville Christian Academy 79.