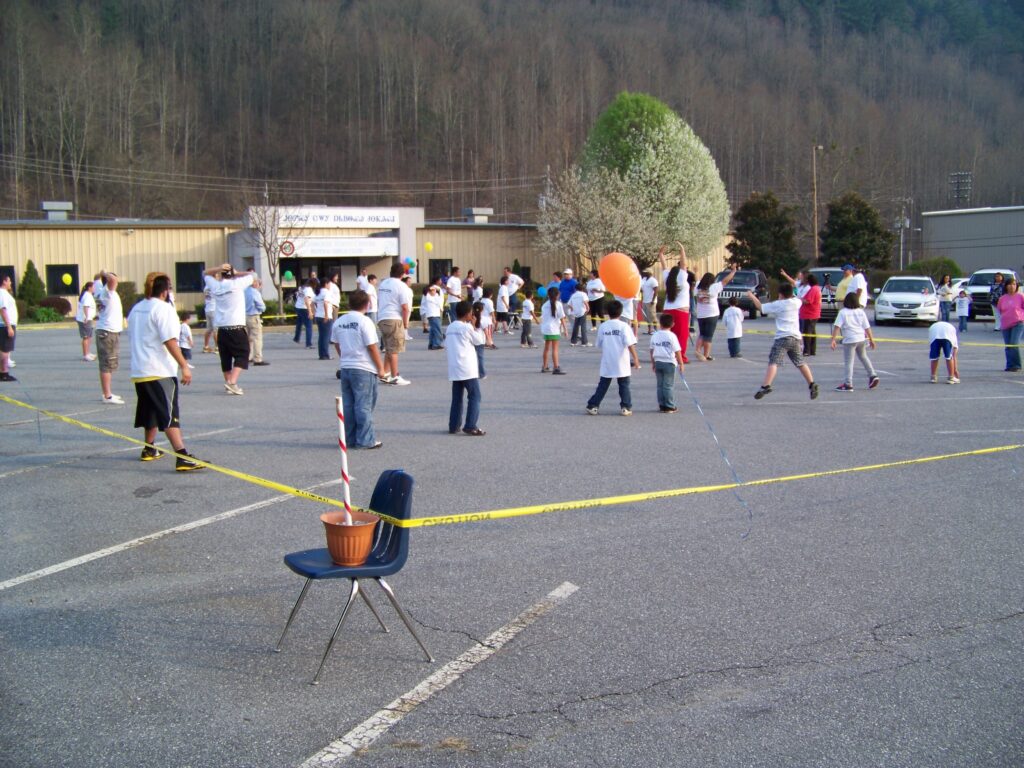 Records are made to be broken and a Guinness World Record was likely shattered thanks to the help of kid’s right here in Cherokee. On Tuesday, March 22, 47 volunteers and members of The Cherokee Youth Center joined their peers from more than 1,000 Boys & Girls Clubs across the country to break the Guinness World Record for the most people doing “jumping jacks” – or “star jumps.”

As part of National Boys & Girls Club Week (March 20-26), Boys & Girls Clubs of America (BGCA) embarked on this initiative with its Clubs across the country through the organization’s Triple Play program. This program, supported by founding sponsor, Coca-Cola, and the WellPoint Foundation, encourages kids to eat healthier, become more physically active and increase their ability to engage in healthy relationships.

“Young people living healthy, active lifestyles puts them on a pathway to a great future,” said Matt Hollifield ,Boy & Girls Clubs of Cherokee manager. “By jumping their way into history, they proved that you don’t fancy equipment or a gym membership to get active and be healthy. Fitness can start with something as simple as a jumping jack!”

To break the current record, more than 278 kids needed to complete the attempt. While the official verdict will come from Guinness in a couple of weeks, all indications are that the record has been broken.

“The WellPoint Foundation is committed to improving health in our communities and is proud to help bring the Triple Play program to Boys & Girls Clubs throughout the state,” said Lance Chrisman, executive director of the WellPoint Foundation. “By helping our kids learn healthy habits at a young age, we can give them the tools they need to live their healthiest, longest lives possible, and maybe even break some records along the way.”

“Coca-Cola is proud to support the Triple Play initiative in partnership with the WellPoint Foundation,” said Quinton Martin, vice president, community marketing. “Research shows that this program is working – Triple Play is succeeding in getting kids to exercise more, eat a variety of foods and feel good about themselves. We are committed to promoting programs that help children, teens and adults live active, healthy lifestyles.”

Nearly one-third of children and teens in the U.S. are obese or overweight, according to multiple studies. Children and adults can avoid these devastating diseases by adopting and maintaining healthy habits early on.

Jumping jacks are called star jumps in some countries, because the arms, legs and head form a five-pointed star. The record is defined as, “the most people star jumping simultaneously at multiple venues for two consecutive minutes,” according to Guinness World Records.